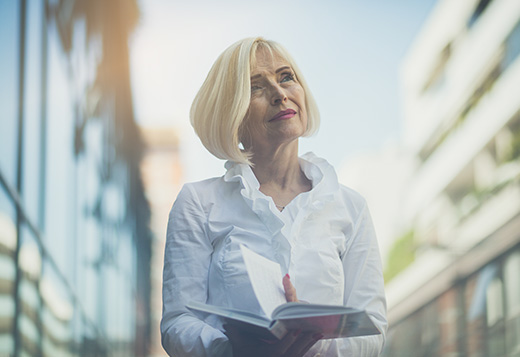 Appendix FM was implemented on 9th July 2012 and imposed what are widely regarded as extremely restrictive requirements for bringing Adult Dependent Relatives (ADRs) to the UK. The impact of these rules essentially denies families located in the UK the opportunity to bring to the UK and take care of elderly non-EU relatives living outside the UK in their later years. It could be argued it instead encourages waiting for the applicant’s health to deteriorate to such an extent that their emotional and physical health can only reasonably be cared for by family members in the UK who are able to financially support such care. These will quite possibly be the only circumstances where an application will stand a reasonable chance of success.

The policy intended to be implemented by the ADR Rules is twofold: firstly, to reduce the burden on the taxpayer for the provision of health and social care services to those ADRs whose needs can reasonably and adequately be met in their home country; and, secondly, to ensure that those ADRs whose needs can only be reasonably and adequately met in the UK are granted settled status with full access to the NHS and social care provided by local authorities. The latter is intended to avoid disparity between ADRs depending on their wealth and to avoid the precariousness of status occasioned by changes in the financial circumstances of ADRs once settled here.

Shortly after implementation it became evident that succeeding under the new rules would be next to impossible resulting in a challenge by BRTICIS, a campaign group, in the case of BRITICIS V Secretary of State (mentioned below).

The requirements can be found at Section EC-DR of the Immigration Rules Appendix FM: Family Members. In summary the case decided that the applicant needs to either be old, ill or disabled and is no longer able to carry out the daily tasks independently and you must demonstrate that the level of care required is either unavailable or unaffordable in the country of origin.

Sounds simple? Well it is not! If medical evidence can be obtained to confirm the diagnosis and prognosis of the applicant, you may just find yourself over the first hurdle! However, making your way over the second hurdle has proven to be far more difficult; only where care is considered unaffordable or absent in the country of origin will this condition be satisfied.

Rarely will it be the case that an applicant will be able to demonstrate that healthcare is unaffordable in the country of origin compared to the UK and in circumstances where the sponsor is also required to provide an undertaking that they will be responsible for private healthcare costs in the UK. Further, Adult Dependent Relative applications grounded on an absence of the required medical care in the country of origin will also, in the vast majority of cases, be difficult to make out.

Through experience, some Judges are likely to take a lenient approach where they feel there is a disproportionate breach of the sponsor’s Article 8 rights i.e. where a sponsor has young children and is having to frequently travel to take care of their ADR. BritCits challenged the ADR rules in BritCits V the Secretary of State. However, the lawfulness of the rules was upheld by the Court of Appeal in May 2017. The Court of Appeal emphasised; “True it is that significantly fewer dependants, including parents, will be able to satisfy the new conditions but that was always the intention”.

Published statistics confirm that in 2013 19% of Adult Dependent Relative applications were granted (including upon appeal). and in 2015 the success rate fell once again to 11.1%

With the threshold being so high, there has been a huge decline in the number of applications being made since introduction of the rules. It is important to seek a legal opinion before making a decision to proceed. Submitting an application which is vulnerable to be refused cannot only damage the bank balance but will have an impact on any future applications which are made.

How does Appendix FM compare to the EEA Regulations?

The position for EEA National family members to arrive in the United Kingdom is considerably more relaxed in comparison and there is an added bonus… these applications are free! There are two types of Family Permits:

If the applicant is a close family member of an EEA or Swiss National, they have ‘settled’ or ‘pre-settled’ status under the EU Settlement Scheme.

Close family members are defined as a spouse, civil partner, dependent child or dependent parent. The Applicant can either be directly related to the EEA National or to their spouse or civil partner. The EEA Citizen you are joining must be in the UK already or travelling with you to the UK within 6 months of the date of application

In the event, the application is refused there is no right of appeal under the EU Settlement Scheme Application.

The requirements remain the same in respect of the family member. However, the EEA Citizen the applicant is joining must either:
• be in the UK already
• be travelling with you to the UK within 6 months of the date of your application

If they’ve been in the UK for more than 3 months, they must either:
• be a ‘qualified person’ (working, looking for work, self-employed, studying or self-sufficient)
• have a permanent residence document – sometimes called a ‘document certifying permanent residence

In the event, the application is refused then the refusal will attract a right of appeal.

If the application is successful, the family member will need to register under the EU Settlement Scheme within 3 months of their arrival. This route will lead to settlement.

Will there ever be a reform to Appendix FM?

The rules surrounding adult dependent relatives seek to ensure that only those who need to be physically close to and cared for by a close relative in the UK are able to settle here. For those who do not have such care needs can be supported financially in the country in which they live by their relative in the UK. It is a requirement that there must be a genuine need as opposed to a preference to come and live in the UK with their sponsor.

As it stands, the rules do not provide a route for every parent to join their sponsor in the UK and settle here and it is not intended that they should do so. This position is maintained to represent a fairer deal for the taxpayer, given the significant NHS and social care costs which can arise when adult dependent relatives settle in the UK.